Alessandro Mendini has designed a 6-meter high totem that will stand in the entrance courtyard of MUDEC, the Museum of Cultures in Milan, as a tribute to the exhibition “Kandinskij, knight errant. The journey towards abstraction”.

The pole is characterized by distinctive decorative elements made of MEG, Abet’s laminate for outdoors. It is a geometric tree from which 7 stylistic motifs referring to Mendini’s decorative approach extend.  By means of this sculpture Alessandro Mendini and Abet Laminati write a new page in the story of their long-lasting collaboration that began at the end of the Seventies.

The Albero Stilematico is the most recent result of this long-lasting collaboration between the architect and the Piedmontese company. It will be unveiled on 4 April for the official opening of the Milano Design Week and will be on show until the end of the exhibit on Vasilij Kandinskij (until the 9th of July). 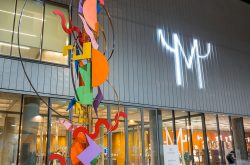 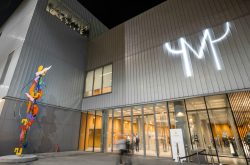 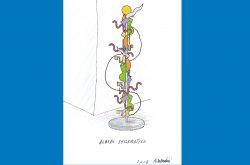